My son is 5 this April. Like most kids he loves games, particularly any that involve a high level of freedom along with a generous helping of pretend violence. Unsurprisingly, I’ve encouraged him to express his interests through the classic dungeon crawl, built from simple rules borrowed from indie RPGs. Together we build a dungeon, assemble a party, and fight monsters. Sometimes we give the monsters jelly beans. At the end we share in the spoils (for some reason, this was super important to my kid). If you want to jump to the rules, skip ahead.

What is a game?

Ha, what a title! OK so here’s the deal: a game is a kind of play that has semi-consistent rules. Easy, and no one is left out. That said…

What makes a game interesting?

I’m afraid I’ve become a bit of a snob the past few years, especially when it comes to games designed for children. My son has been making up games since he was two years old and playing roleplaying and board games since he was three. He isn’t special in this regard, either: play is something for which children seem to need no instruction. Many of his friends play games above the recommended age indicated by the box; the only distinction in capability appears to be familiarity with the core concepts (e.g. how many games they’ve previously played)

It seems like the board games boast that they help teach children important lessons through play, including cooperation, critical thinking, patience, etc. Although these sorts of games tend to teach the basics pretty well (taking turns, numbers mean things, etc) they rarely foster fun, long-term play. Frequently, these kinds of games fail to consider one thing that children (and adults) really do care about: Agency. What makes a game interesting (and fun) is the level of decision-making agency a player has each turn, and most children’s games seem to have forgotten this.

In many games the results of play are pre-determined: in Candyland, the game session has already been written once the cards are shuffled. In Count Your Chickens, a spinner is used to determine the next move, and the next, and so on. There is no input from the players; a robot arm could shuffle the deck or flick the spinner and the results would unfold exactly the same way. There is no strategy, logic, or decision-making on the part of the player.

This does not mean that these games have no value; Candyland is a great structure for learning the basics: turns, pieces, cards, etc. It has a fine history as well. But the basic structure has been repeated in other games, sometimes with simple changes (dice for cards, apples for candy). I feel like children eventually tire of these sorts of games, moving toward mixed systems like Sorry!, and (hopefully) later on towards play experiences built around skill, player choice, and imagination.

I am fortunate that my child quickly moved on from the agency-free games and into competitive and cooperative games of skill and chance. If you’re curious, here are a few that we like:

Edit: You can now download this game as a PDF or Booklet.

My son and I wrote this game together. It’s pretty simple, uses minis/game pieces and wooden blocks and can be played with or without a GM. Adventurers explore a dungeon or cool location, searching for treasure and fighting monsters. I don’t really like “suggested ages” or whatever, but 3 and up seems like a solid range.

Like everything I write, this game is released under a CC BY-SA 4.0 license. 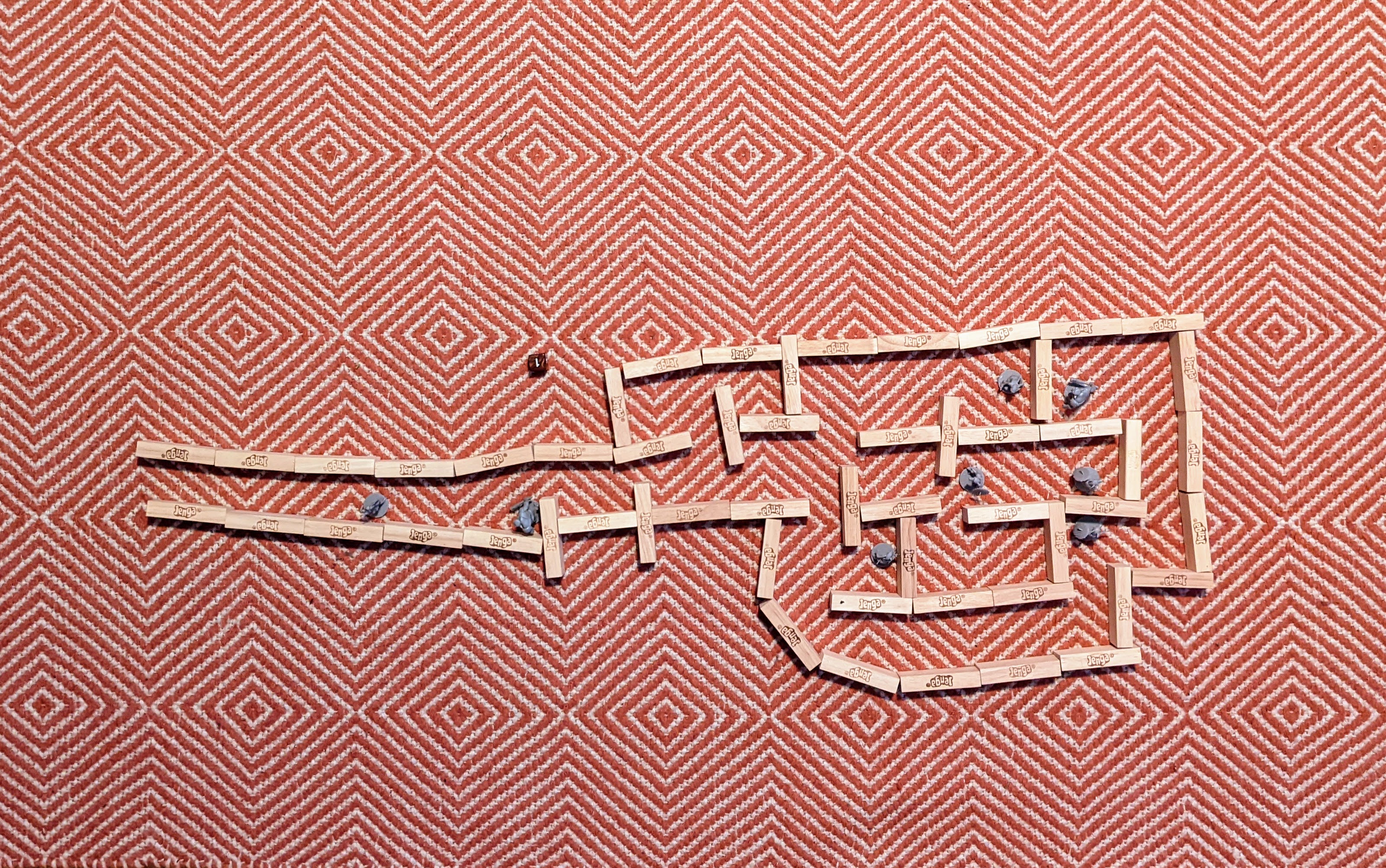 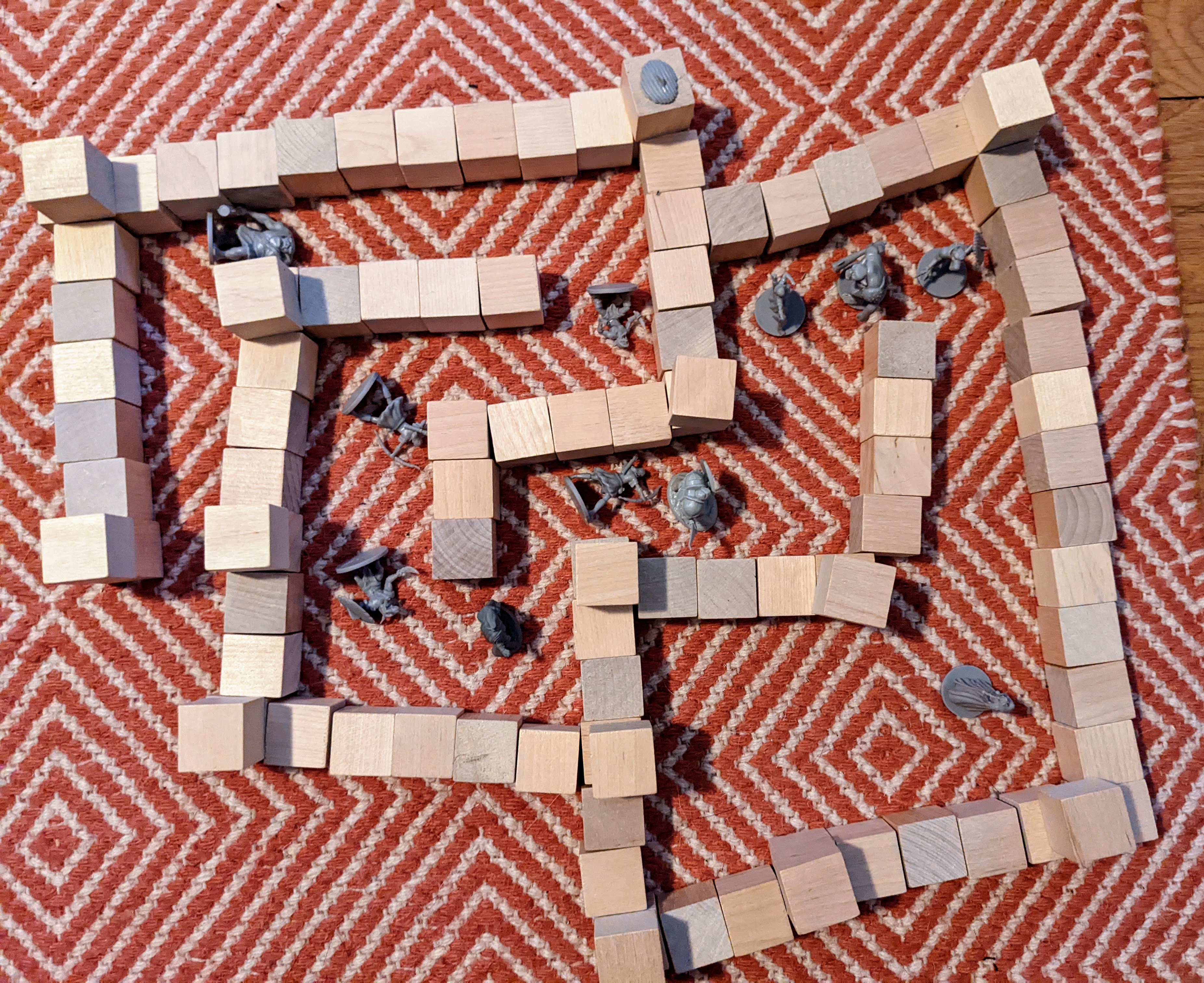 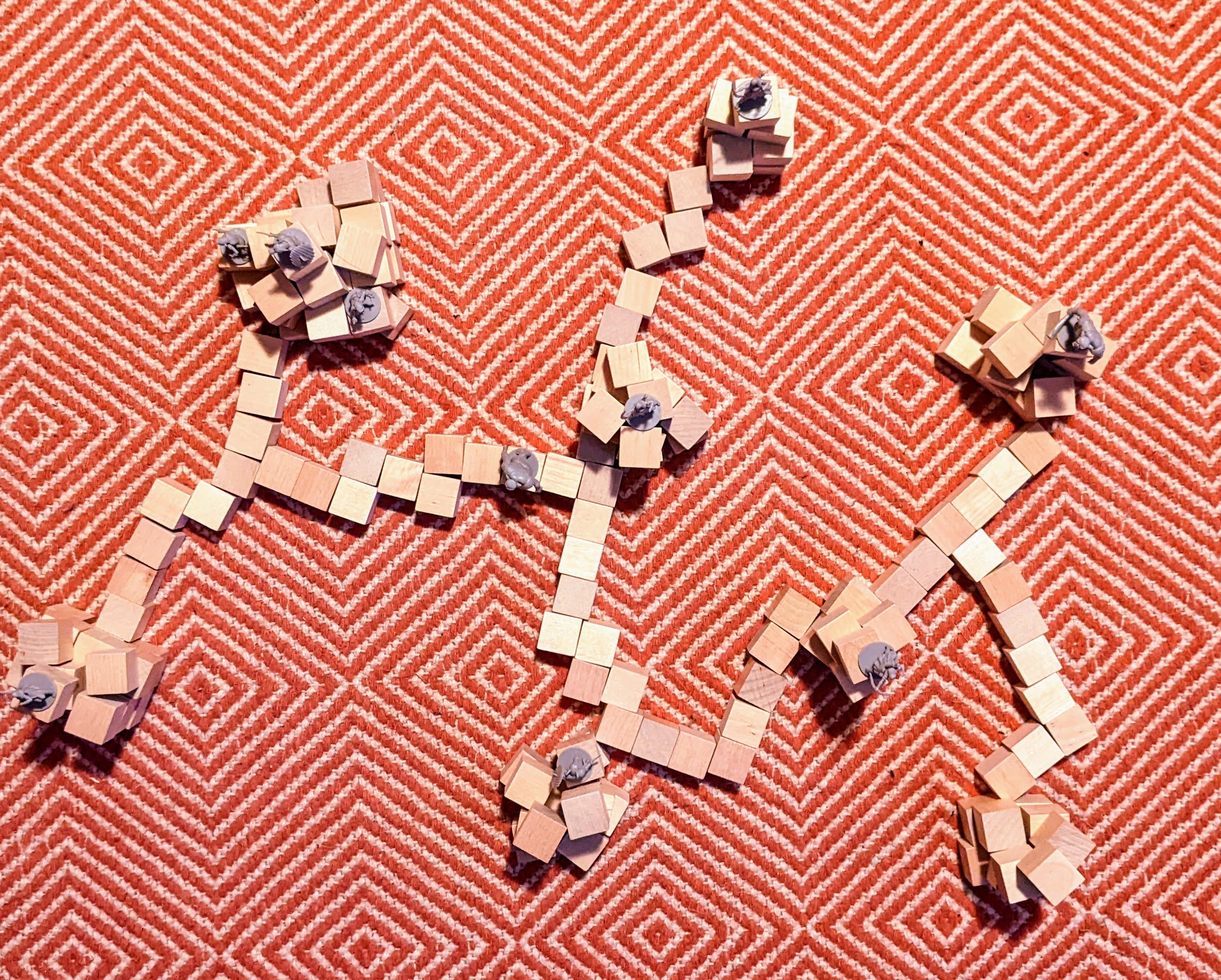 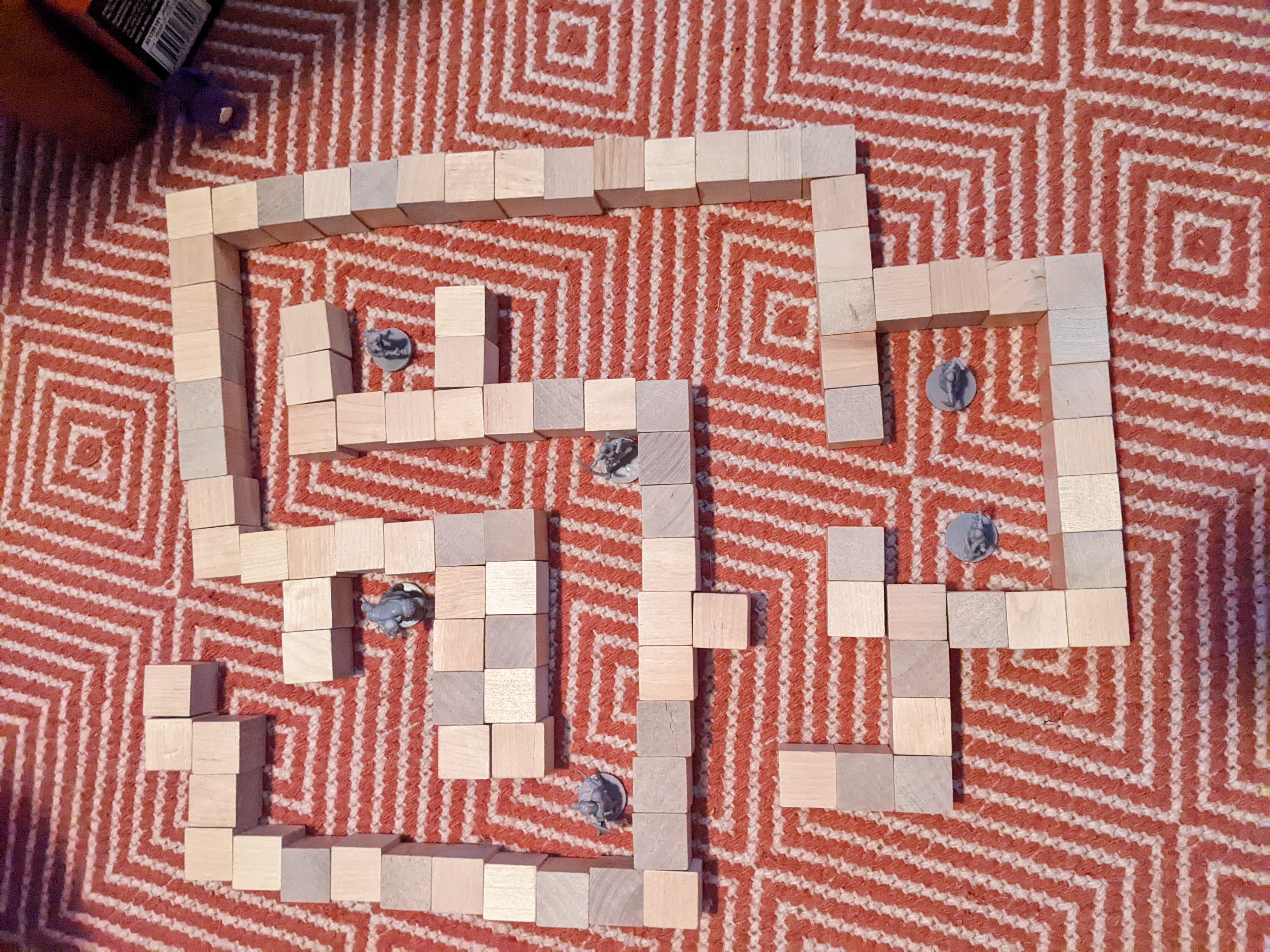 Optional Rule: If you want the game to be easier or faster change the result to a 4-6. This applies to both combat and risky actions.

All adventurers start with a rope, a torch, a bedroll, etc.

rpg, kids
Let me know what you think of this article on twitter (@yochaigal1) or leave a comment below!
comments powered by Disqus