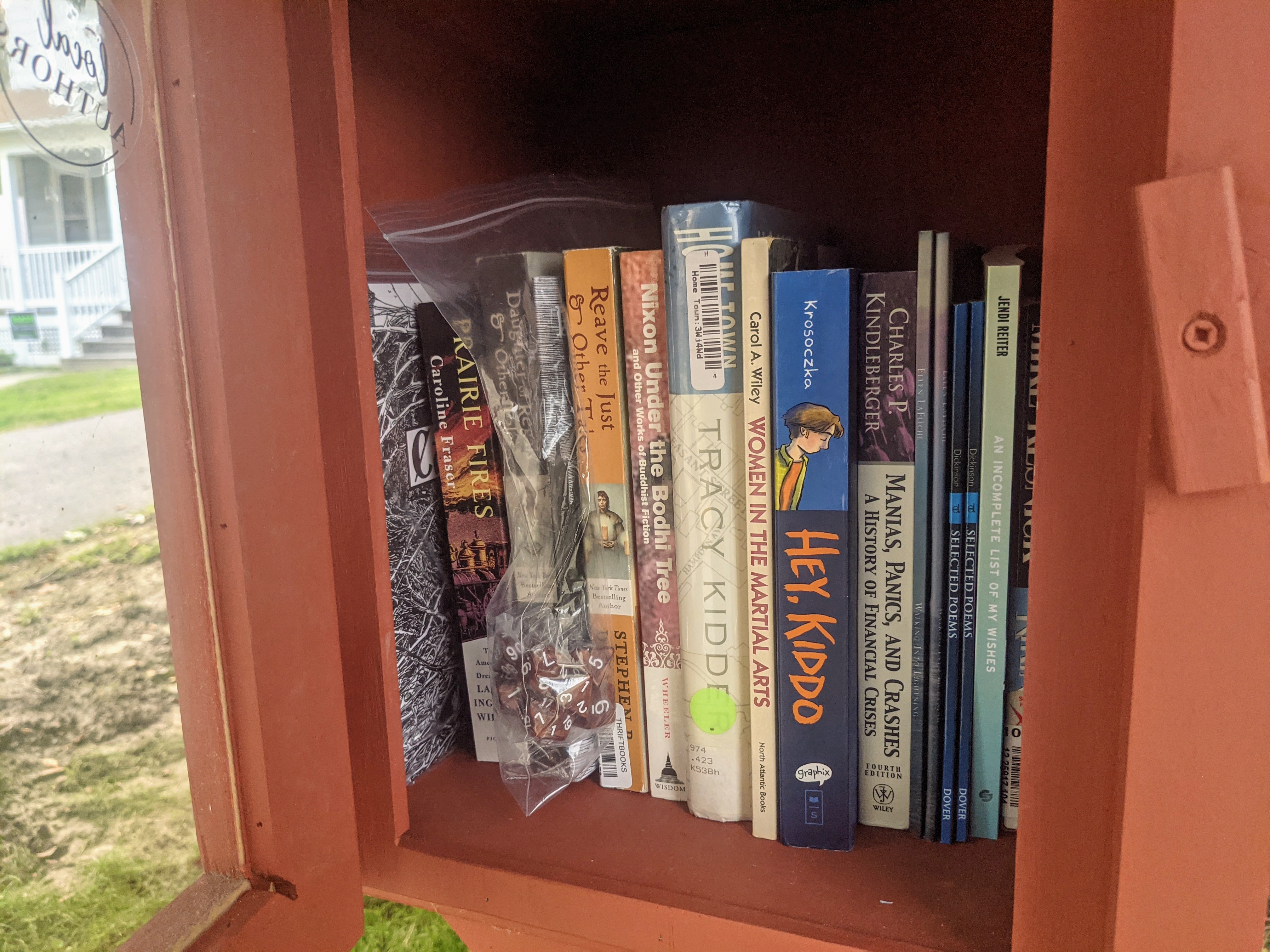 Over the past month I have been “seeding” Little Free Libraries all over town with RPGs, character sheets, dice and adventures. I’ve been giving out both Cairn and Rogueland (the same versions you’d get from a store).

First, let me makes something plain: I’m not endorsing the LFL website/nonprofit, I’m simply taking advantage of their existence. FWIW, 90% of the little libraries around my town are not affiliated with the organization. There are folks with real beef about these things, and that’s worth considering. I do suggest that you reach out to the original authors of whatever games/adventures you distribute and make sure that they’re cool with it, though.

All of my work is free, and always will be. I am fortunate enough to not rely on this creative work for my income, as well as a strong believer in Copyleft. I may charge for my work in the future to pay for original art, of course (though I will certainly have an art-free zero cost version as well). All of my work is also CC-BY-SA 4.0, and I provide the original assets for download whenever possible. That said, I still pay to print my work (whether locally or via a print shop), and sell that for folks who want it. I use the proceeds to fund my creative work. However, printing a deluxe version of my game in large quantities lowers the price considerably, to just over $1 per booklet. Thus spending $15 to bring 15 RPGs into people’s hands isn’t a big deal to me.

This was of course, not my idea. I think I first heard about it from this CavernsOfHeresy tweet, using the #IRLCommunityCopies hashtag. Then I saw that Roz had done it at least twice. Encouraged by their efforts, I reached out to CavernsOfHeresy (our games are friends since birth) and a deal was struck: I would send a “stack” of Cairns in exchange for a pile ‘o Roguelands.

I then began the hunt. Although there is a semi-functional website that lists local Little Free Libraries in my area, (each just waiting for me to pay a visit) I found that it was sorely out of date and difficult to use. Instead, I began to take note of their locations while driving, biking and walking about town. I also asked other locals (fun!) and had a hilarious conversation with another local creator (my NPC-Quest-Giver in this scenario) about their various hidden locations. Finally, I had a list of 14 locations in my town alone! 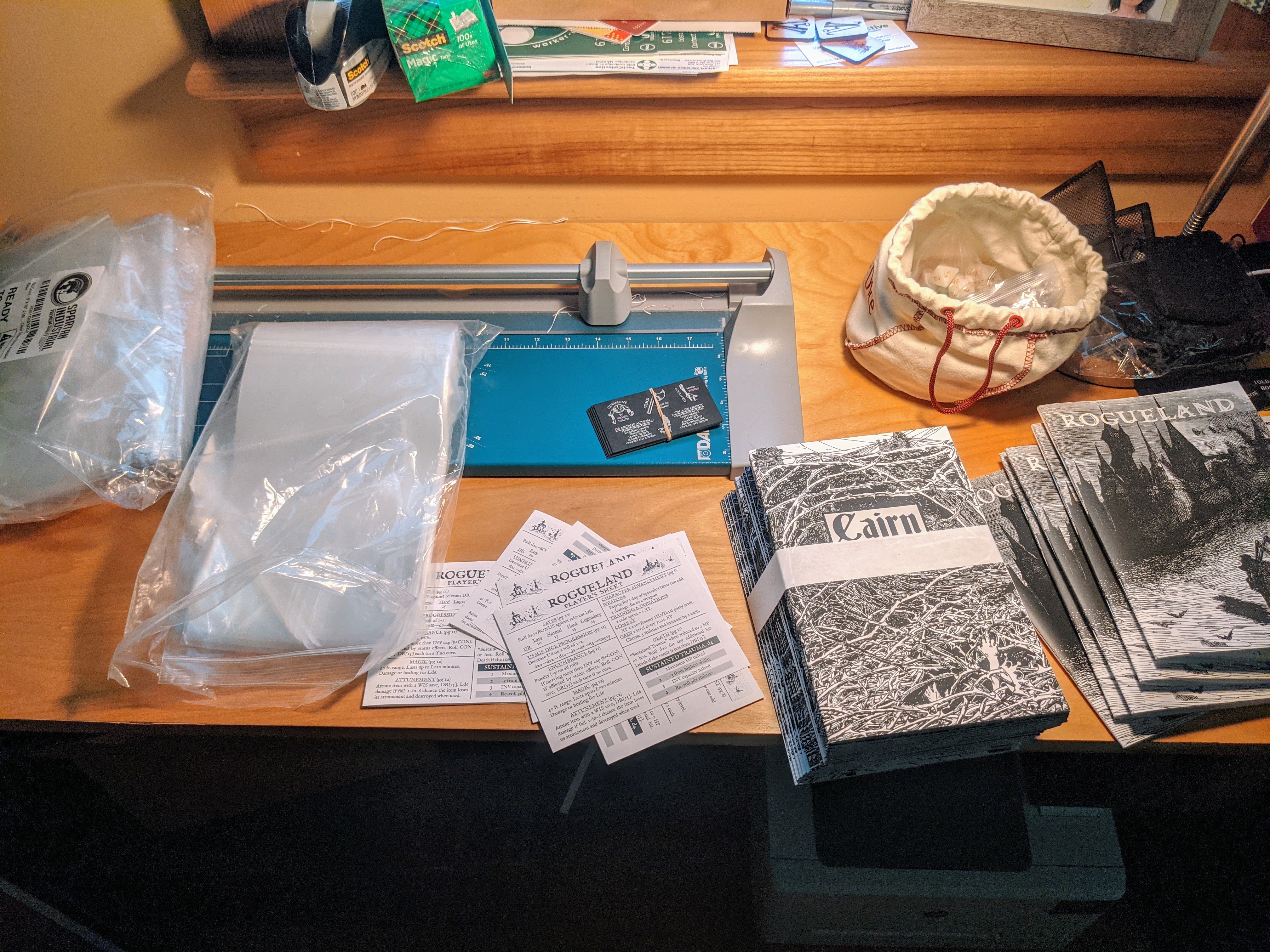 I ordered these dice (20 bags for $30) as well as these bags (both the 6 x 9 and 8 x 10 varieties). In the end, I think I spent around $50, though I use the latter for sales of other products so it was no big deal. I printed out some nice character sheets, dropped the game and dice in a bag and: 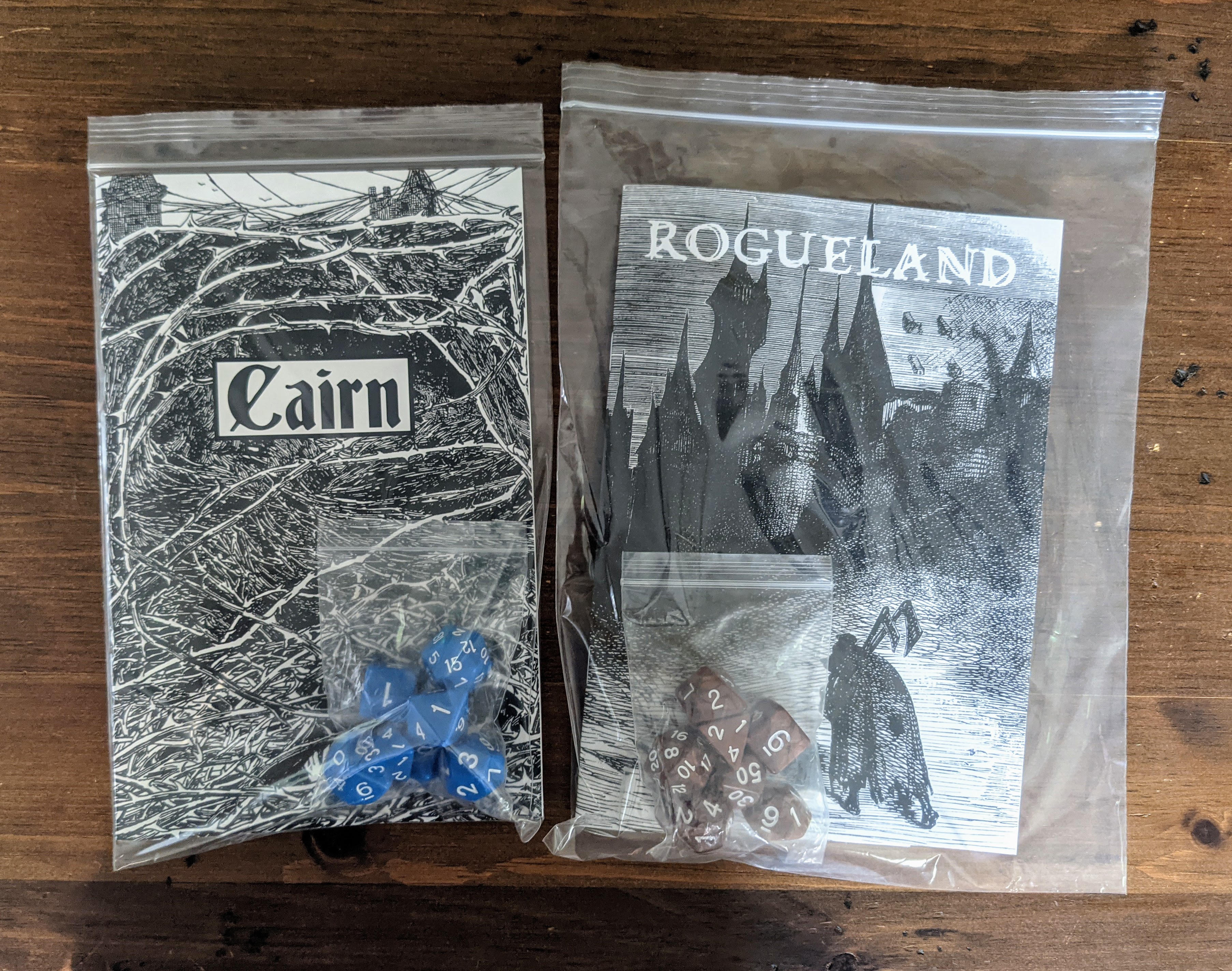 I’ve also been including these “explainers” along with each dice bag: 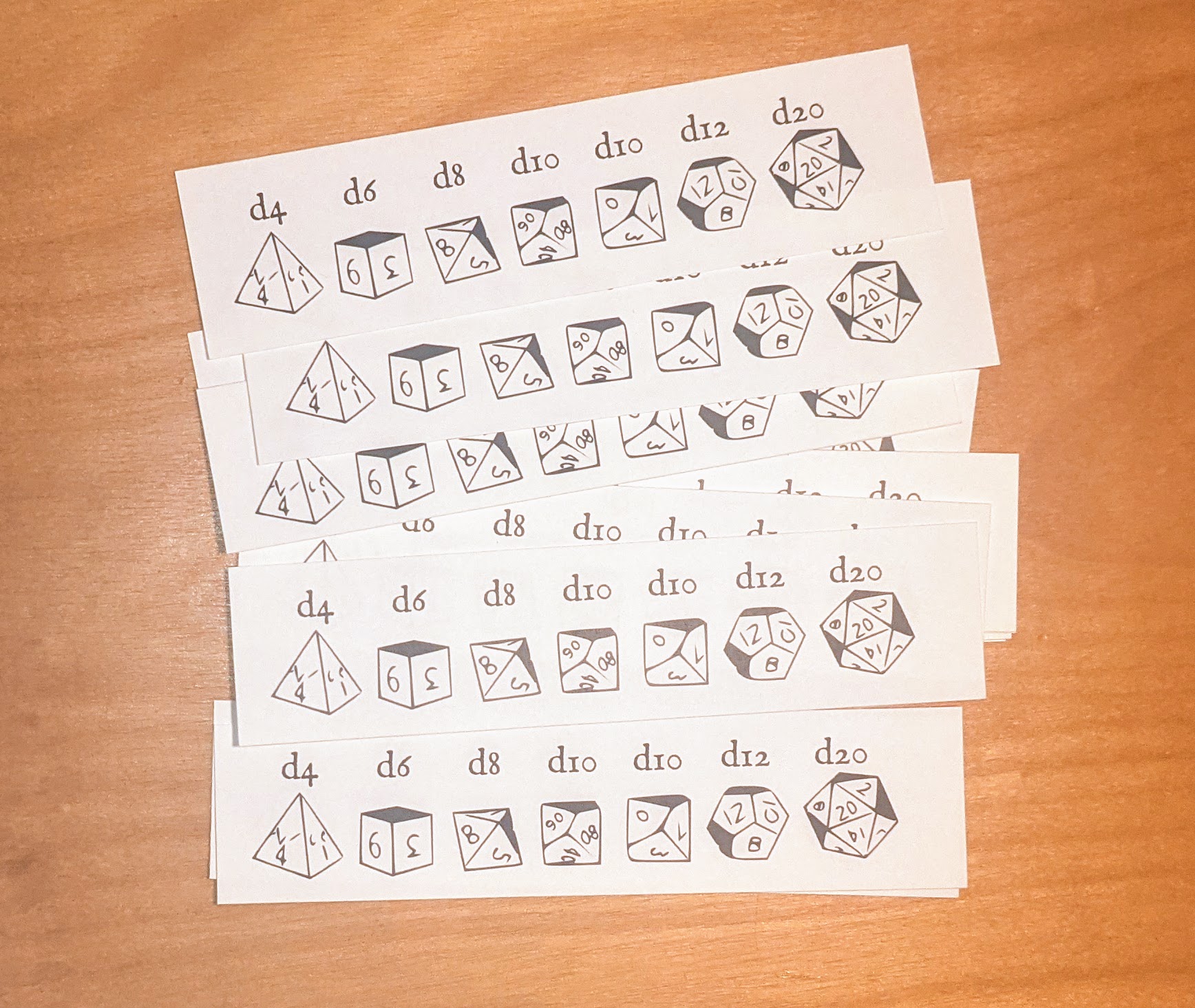 Shawn from CavernsOfHeresy made them. You can grab them here.

Thus far, I’ve given away about 14 “deluxe” copies of Cairn, along with 5 generously donated high-quality copies of Rogueland. I plan on donating about 5 a month going forward, and (if possible) will give some to the local library (assuming they let me). I plan on distributing a bunch of adventures (with permission) in the near future as well.

I highly recommend anyone give this sort of thing a shot, it’s quite rewarding and interesting. And nothing beats that feeling of sneakily checking to see if someone has picked your game out of all the books! I mean, who wouldn’t be drawn to a bag of dice, right?

If you do happen to try this out, please let me know! With pics!

osr, rpg, community
Let me know what you think of this article on twitter @yochaigal1 or leave a comment below!
comments powered by Disqus