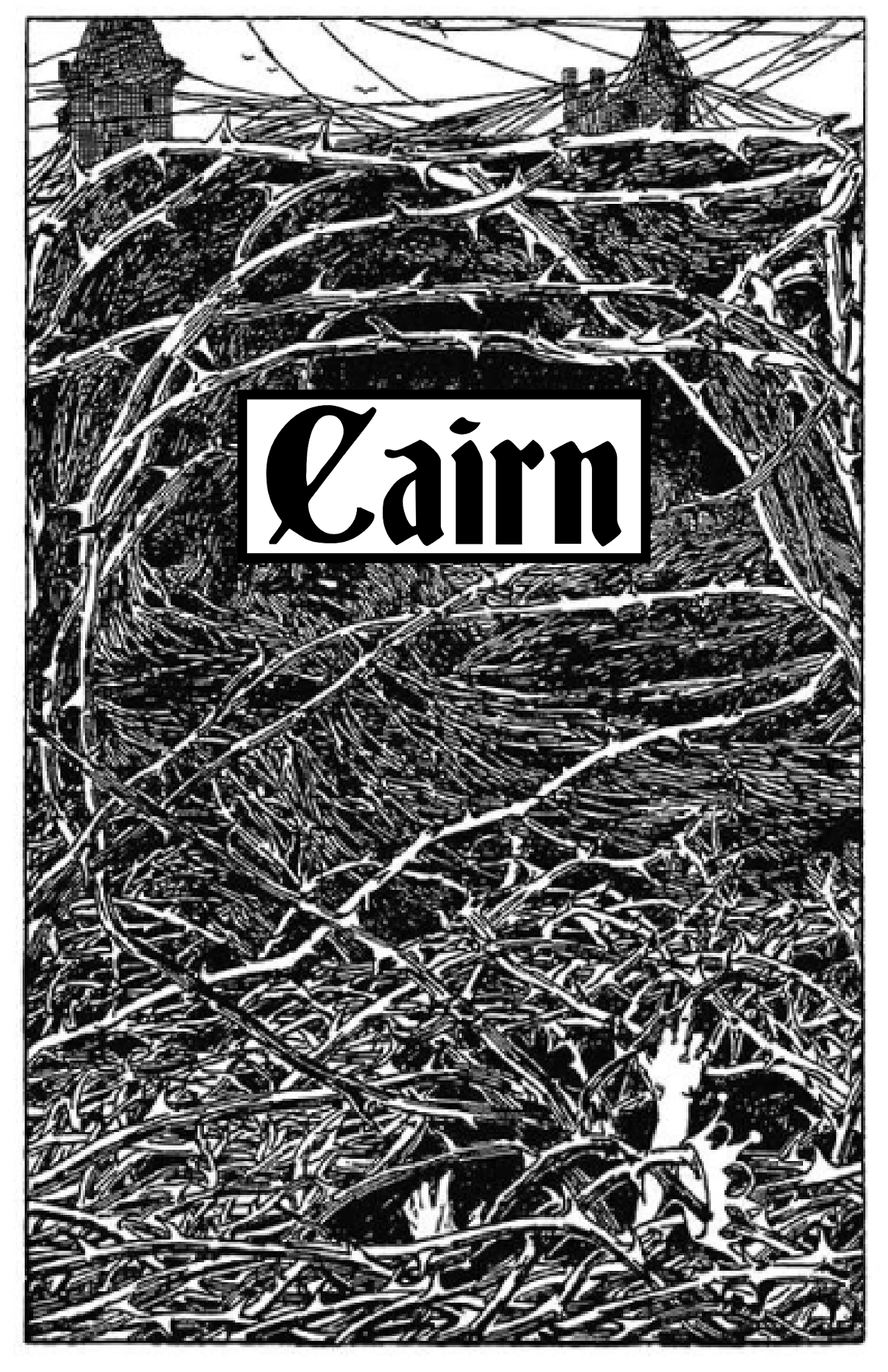 I made a game! Cairn is an adventure game for one facilitator (the Warden) and at least one other player. Players act as hardened adventurers, exploring a dark, mysterious Wood filled with strange folk, hidden treasure and unspeakable monstrosities.

Based on Knave by Ben Milton and Into The Odd by Chris McDowall, Cairn is an attempt at making Into The Odd semi-compatible with popular OSR settings like Dolmenwood. Character generation is quick and random, classless, and rely on fictional advancement rather than through XP or level mechanics. The game itself is rules-light but functional, leaving most rulings up to the Warden.

There is also an online character sheet here, including icons for fun inventory management!

posts, rpg, into-the-odd, knave, cairn
Let me know what you think of this article on twitter (@yochaigal1) or leave a comment below!
comments powered by Disqus